Brought together by a team of experts who’s job it is to deliver something irresistible into your hands, and then into their paws’n’jaws.

The secret behind these treats is twofold.

Both we and your dog (indirectly) know that it’s about combining the right stuff in the right proportions but doing so in a way that doesn’t interfere with the natural taste too much.

Whether it be NZ-sourced beef, chicken, lamb or venison, combined with other local ingredients, each treat is lovingly air-dried.

This ‘gentle’ approach to cooking not only preserves the treat’s natural goodness but keeps it at just the right levels of chewiness, springy-ness, pull-apart-ability and therefore tastiness that your dog loves.

Air-drying is the same type of preparation you’ll be familiar with when it comes to meat and small-good preservation. Our ingredients are mixed, combined and formed into the right shape before being placed on racks, where they are slowly cooked in a very intentional way. This kills any ‘nasties’ (eg bacteria) and also influences the way that the moisture is retained, the way the flavour is preserved and the way the aroma is locked in… and eventually released once these treats are in the paws of our best friends.

They’re fresher this way too.

But still, let’s be sure to seal the packet well after opening, store them in a cool, dry place away from direct sunlight and feed them within 4-6 weeks. 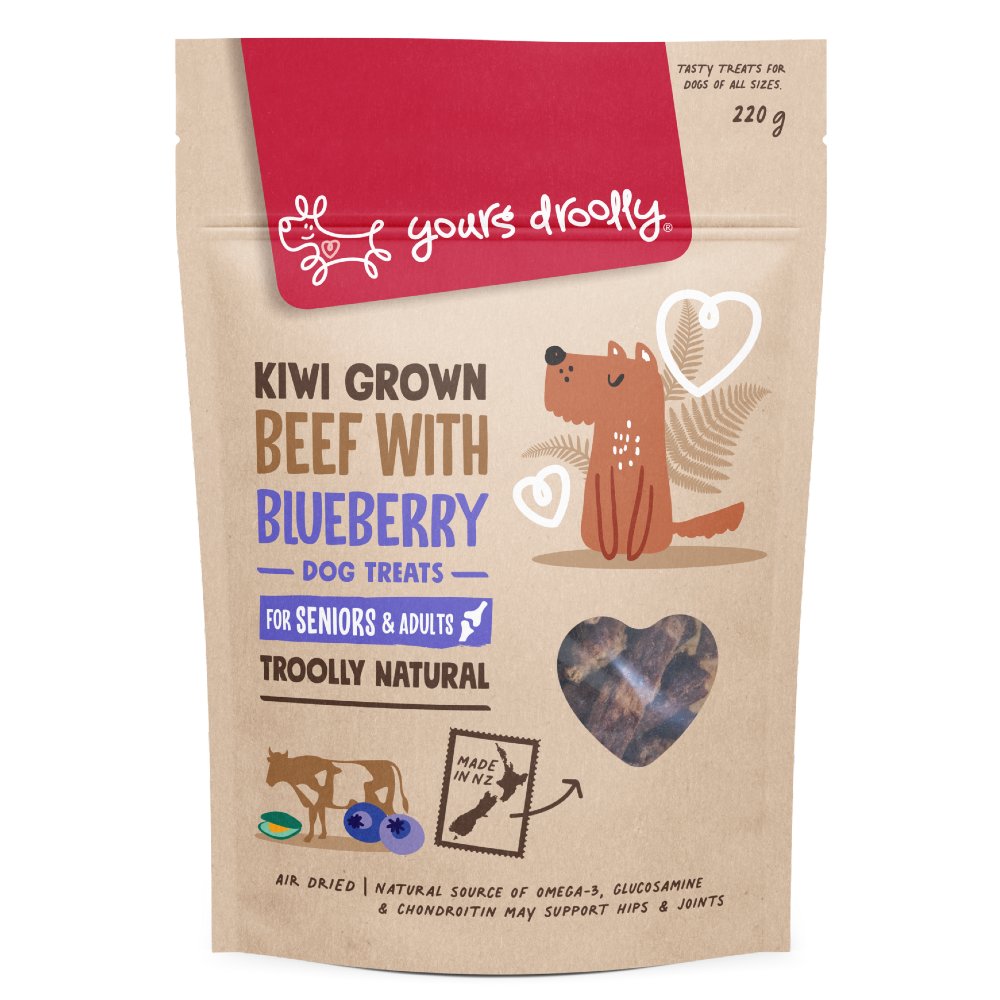 Made from unique, quality ingredients, carefully selected from the best New Zealand has to offer. These locally sourced morsels will have your pooch drooling for more. 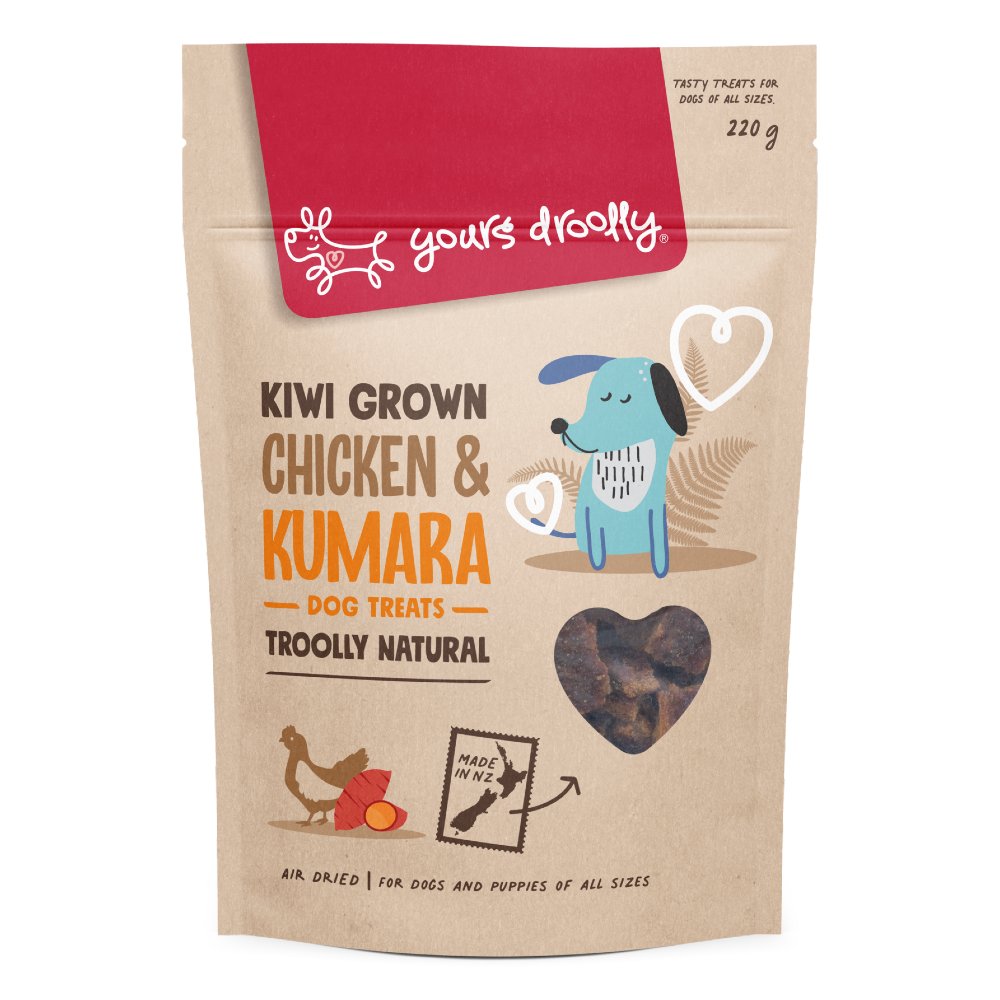 Made with 100% New Zealand chicken, these tasty morsels contain the good things that you and I would eat, and nothing you wouldn't. 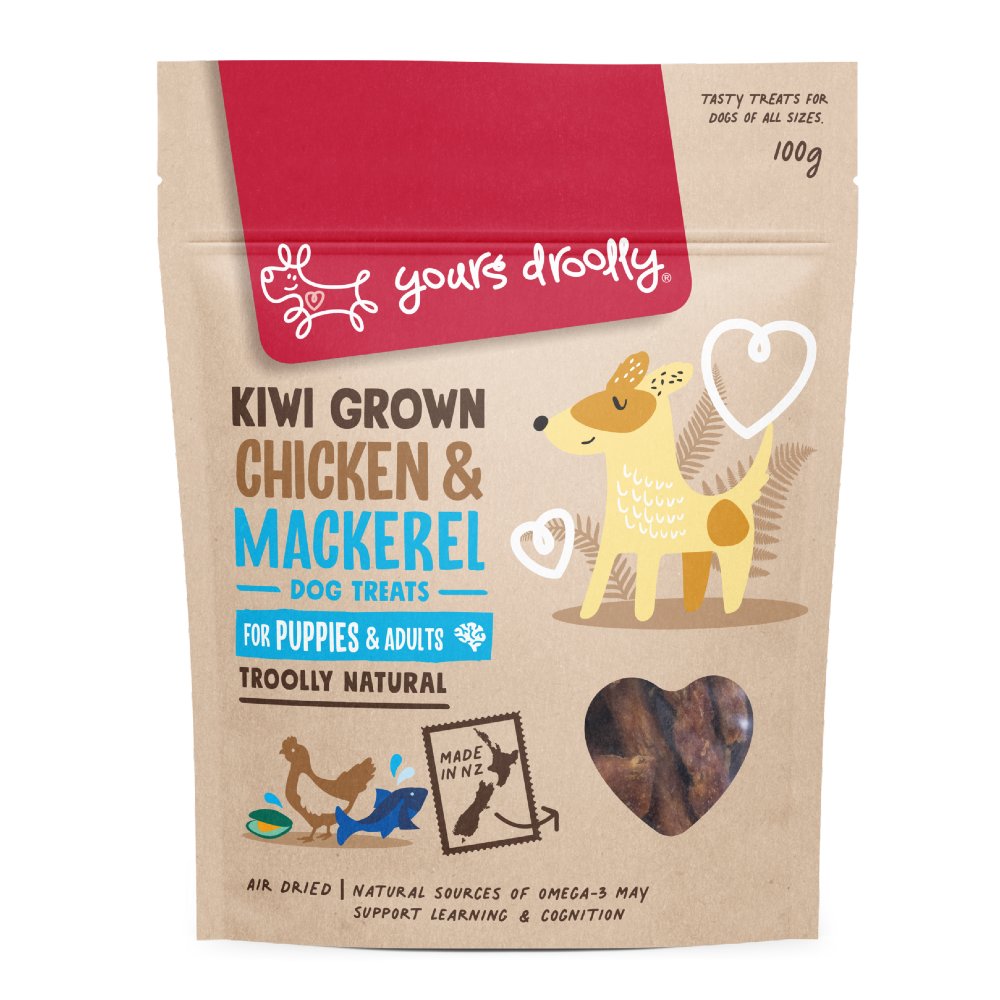 These air dried dog treats are a natural source of omega-3 which may support learning and cognition. Suitable for dogs of all ages. 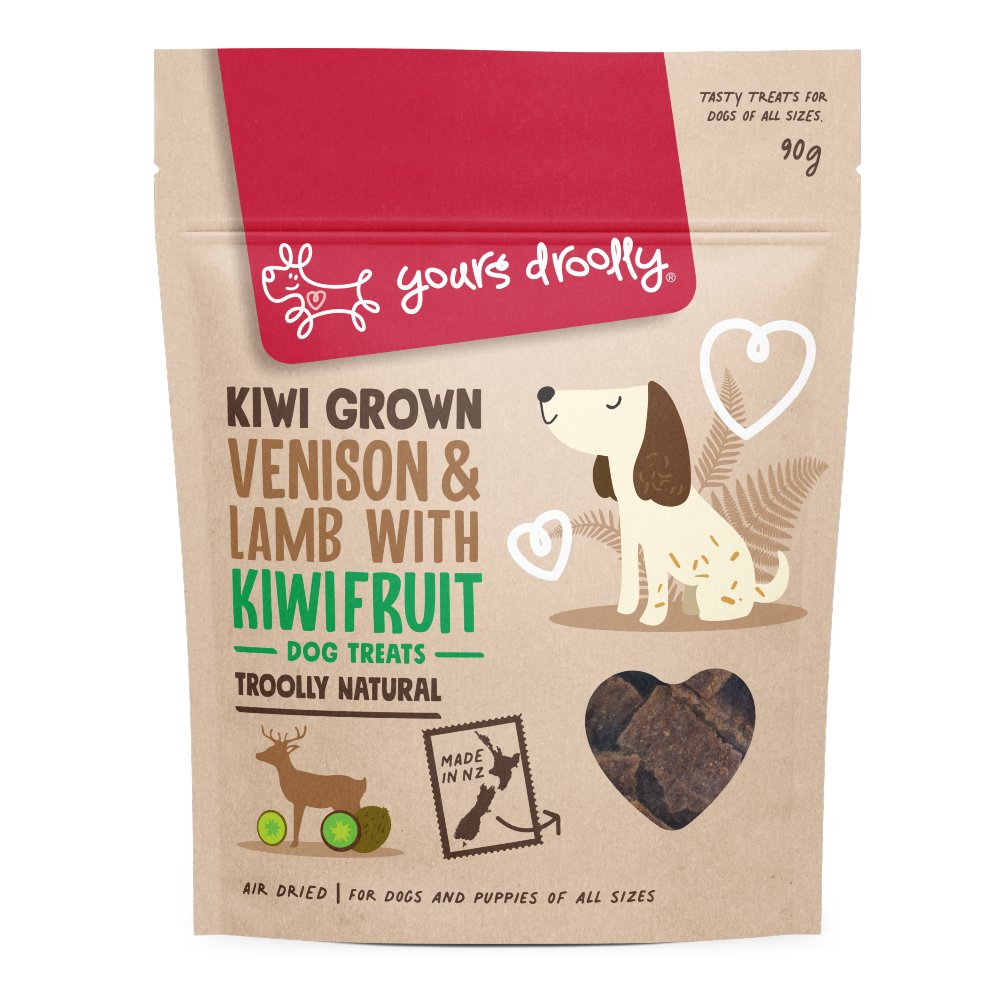 Air dried dog treats with no grains, artificial colours, flavours or preservatives. Made with a novel combination of meats for flavour.